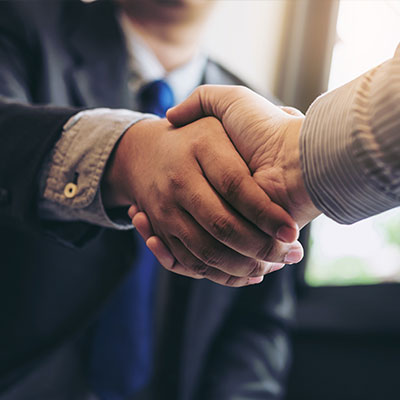 NCSoft has been a staple in the video game industry for over 20 years, boasting hits from iconic franchises like Guild Wars and Lineage. Headquartered in Seoul, South Korea, NCSoft is one of the most popular and well-known video game publishers and mobile developers in the world.

Founded in 1997, NCSoft features a workforce that is committed to facilitating a positive and inclusive workplace, enabling a springboard for exceptional works of art and some of the top MMORPGs (Massive Multiplayer Online Role-Playing Games) in the genre.

However, NCSoft spans worldwide and has a separate division of the company based in the United States. Due to their global success and growth, employees need to collaborate on an international scale to deliver exceptional gaming content to their fans.

NCSoft had a vision for the future. They spent two years imagining and planning a way to merge tenants so they could improve the lives and performance of every person, team, and department in the company. But operating and collaborating as a global company in multiple languages and locations becomes extremely difficult from both a business and technology perspective.​

Company Vision: NCSoft’s customer-facing infrastructure is entirely in the cloud – the organization wanted to emulate this model for their corporate infrastructure.

The Challenges: A Global Company, Divided.

Barriers on the Path to Delivering a Flawless Gaming Experience

One of NCSoft’s studios, ArenaNet, as well as NCSoft West and NCSoft Headquarters, were operating on different instances of Microsoft Office 365. Coordinating efforts between these three units was extremely difficult.

Managing connectivity was a weekly order, especially with Korean-based Microsoft Office 365 and U.S.-based Microsoft Office 365 instances in use. This put increasing strain on the IT teams, who had to effectively manage connectivity tools. “Every week we had to do something to fix the connectivity between the two sides,” says Harold Burns, Senior Director, Technology & Infrastructure at NCSoft. “On the user level you had to have two versions of Microsoft Teams open all the time; you had to have the ArenaNet instance open in one browser and the NC instance in another browser – exchanging information in files just didn’t flow very well.”

The burden extended to the security team because the monitoring process for Office 365 was manually intense. NCSoft’s help desk teams also felt the mounting pressure resulting from connectivity disruptions, which created an uptick in tickets and longer wait times for users to get resolution.

Moreover, additional Office 365 tenants prevented NCSoft from supporting multiple identity sources. Enabling functionality for single sign-on (SSO) was impossible for users with two different tenants. For example, users from NC West could have Single Sign-On (SSO), but users from ArenaNet had to provide their username and password.

These workflow challenges were creating major cultural divisions across the organization. Technical issues hindered streamlined collaboration between offices, and IT duplications were causing redundant and unnecessary steps and considerations. “One of the biggest points of contention was the communication, because we had multiple different [Microsoft] Teams tenants and that really divided the communication between the groups of offices,” Mary Wiegand, Systems Administrator at ArenaNet, elaborates.

Additionally, for more than two years NCSoft has maintained their infrastructure in a data center in Dallas, Texas. Paying for the infrastructure capacity, such as cooling, power, and physical space, was expensive. It also created a substantial carbon footprint that NCSoft was eager to reduce to the minimum possible.

It was clear that if these challenges could be overcome, NCSoft’s personnel could work much easier and faster, easily find the files and data they need, communicate with each other in a frictionless environment, save a substantial amount of time, and dedicate their energy to more important tasks – such as continuing to deliver an exceptional experience to their legions of fans.

NCSoft’s customer-facing infrastructure is all built in the cloud. The organization wanted to emulate this approach with their corporate infrastructure. For every service that could be moved to the cloud, it would take significantly less time to stand-up, administrate, maintain security, and ensure updates and backups are completed.

The Solution: Executing a Seamless Tenant Merger in a Single Weekend.

“We picked CloudServus because they were the only firm willing to take on the task. Nobody else had any experience doing this single-byte language to multi-byte language transition because the base instance in Korea is in Korean. The overseas thing made things complicated. This was a project that a lot of the other vendors were not interested in at any price.” -Harold Burns, Senior Director, Technology & Infrastructure, NCSoft

With two years of work and preparation on the line, NCSoft decided to contact partner companies who could help them manage the complexities of this type of technology transition.

However, it became clear that no organization had the experience or depth to facilitate NCSoft’s plan at any price. That’s when NCSoft engaged CloudServus, the only company who was willing to manage the transition. Because the base instance is located in Korea and uses that language, they would need to transform a single-byte language into a multi-byte language.

“They had two Microsoft 365 tenants with no real integration between the two,” says Ryan Jackson, Principal Consultant at CloudServus. “This wasn’t a scenario where we could come in, plug in a tool, and identities can simply be merged together. There was a lot of employee cross-pollination on both sides and unique account access and authentication requirements that demanded a granular, creative solution.”

CloudServus’ holistic, eight-step process provided a north star to strategically navigate the project across key milestones. This included a multi-faceted effort to promote transparency and alignment between all parties regarding decision making, which culminated in an international workshop between CloudServus and NCSoft’s teams in South Korea and the United States.

“Our team spearheaded a meeting in conjunction with the U.S. stakeholders and the South Korean IT team,” explains Steve McCann, CloudServus Managing Partner. “We had the opportunity to converse with them through a highly impressive translator, get the information we needed, and communicate effectively despite the obvious challenges that were presented. I think our organization handled that well and it speaks to the standard of our consulting services. Overall, this was a great team effort from all sides.”

“The international aspect, including the time zone and language barrier, was highly unique to NCSoft. This added complexity to the migration and it’s critical that our firm is agile in this regard, especially as more companies transform their business models to participate in the global economy,” says Dave Crawford, VP of Professional Services at CloudServus. “The outcome clearly demonstrated the value of facilitating executive leadership and stakeholder involvement to ensure success.”

NCSoft was extremely limited in their ability to pilot and test this entire tenant merger rollout. CloudServus ensured NCSoft could close access to their user base on Friday, and reopen again Monday morning. CloudServus worked with NCSoft all weekend to ensure that their six months worth of working together could all be completed live in a matter of a weekend. For six months of planning and preparation, everything came down to one weekend.

“We shut the doors Friday afternoon to our user base and opened it again at 8am Monday morning,” says Harold Burns. “Between those two mileposts, CloudServus was with us the entire time.”

The Results: A Global Company, United

“I want to underscore the staggering complexity of this project. There were so many conflicting attributes between the two sides. CloudServus was really good at helping us find ways to resolve all of the conflicts. It wasn’t easy and it wasn’t quick by any means. But they did a great job of identifying ways around those conflicts and ways to resolve the complexities – they never stopped.” – James Ash, Senior Systems Engineer, NCSoft

By merging the Seoul and U.S. tenants together in the cloud, NCSoft was able to consolidate previously disparate workloads into a single, cohesive environment. As a result, the entire organization can better collaborate, work more efficiently, and dedicate their time towards serving their customers with an unforgettable digital experience.

With everyone in one tenant, the technical issues and duplication of efforts that were plaguing the IT, help desk, and security teams are now eliminated. Collaboration is streamlined across the entire enterprise, enhancing communication accessibility. “Now that we are all in one space we can access everybody’s chat together. It’s amazingly more simple to be able to communicate with everybody because we don’t have to switch between everything all the time. That’s not just IT, that’s literally everyone in the company,” says Mary Weigand.

The solution also addressed the difficulties NCSoft had experienced from an SSO standpoint. NCSoft can now support users from ArenaNet with simplified and cohesive authentication functionality equal to that already enjoyed by NCSoft West. “This will continue to benefit us as we go forward because most technologies can integrate with one cloud identity but not two. So that’s a gift that keeps on giving,” says Warren Lumiel, System Administration Manager at NCSoft. “And because we’re becoming more integrated, that has enabled us to start to discuss the rest of the services on the corporate infrastructure, like moving them to Azure.”

Furthermore, NCSoft’s licensing burden has been eased as they’re able to obtain previously unattainable discounts due to their larger headquarters body.

NCSoft is leveraging their future-ready edge to continue accelerating their cloud journey at scale and keep doing what they do best – revolutionizing the gaming experience.